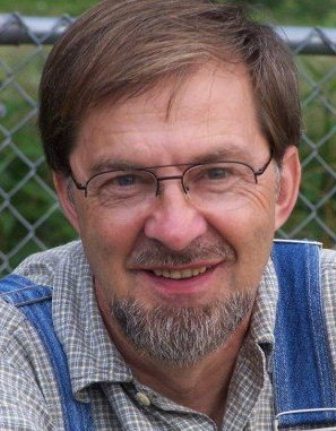 What if there really is a group of people out there that have a connection with God that transcends the daily grind of life and transports them into a place of intimacy? What if they believe God gives them a touch of His hand on their heart and wraps them into His arms when they feel lonely and afraid? What if these people are really able to go into heavenly places and see the glory of The Lamb, not only seated on the throne but coming off the throne to sit down beside them and spread His love and comfort over them like a liquid blanket of love that sends them into such an ecstasy they tremble and quake all over as they weep into His arms?

If this group exists and lives among the regular people what if they refuse to argue over points that many feel so very important because they realize we are not meant to tear each other apart but instead, they recommend addressing the Father right then and there and as they pray they seem to enter into another world and they speak to Jesus face to face? What if they are silent when accused and instead turn around and pray with the accusers for the presence of Jesus to visit them? What if they say this really happens and they say they see Jesus and they begin to prophesy over the people praying?

What if there are people who only imagine that when they confess their sins to God He comes with might and power and does Spiritual surgery inside of them? What if they are so sure they are forgiven they stand upright and begin to preach and teach and perform miracles in the name of Jesus and do not have to go through a period of proving to others they are forgiven? What if they refuse to listen to the accusations from Satan and people that they have rendered themselves useless in the Kingdom of God because they messed up? What if they do not have to go into great detail about their sins because God is erasing their memories and instead of living in the past, they now live in the forgiven present?

What if there really is a group of people who believe Jesus meant what He said when He said, "You will lay hands on the sick and they will be healed. You will cast out demons in my Name and the miraculous happens and they are healed, emotions of rejection and being unloved all gone." What if they even believe that it is OK to pray for those that have died and ask God to raise them to life again?

What if there really is a group that lives in the reality of Jesus and welcomes people to live with them, even if they are radically different from what is often accepted as normal. What if they are able to look past the weird lifestyles and the strangeness and pray with them asking God to show them Jesus through the Holy Spirit. What if these people are not necessarily found in churches but have taken the church out on the streets and hear from God distinctly enough to walk across busy city streets and pray for people who have been pointed out to them by God?

What if all the things these people say are not real at all? What if all this is pretend and they continue to walk this way, month after month, year after year and are in delusion because this kind of reality does not really exist? What if they go by feelings and emotions that buoy them up day after day and even when things are hard they are cheerful and spread joy wherever they go? What if they weep and cry one moment and then are transported into joy and singing the next because they just are swinging back and forth on their own pendulum? What if at the end of emotional times, they are stand up refreshed and washed and their faces glow with a strange beauty as though they have seen some unearthly scene?

What if these people, like John on the Isle of Patmos, talk of seeing a Lion of Judah with snow-white hair, eyes like fire and a voice of thunder. What if they really hear God speak to them when all others hear is thunder? What if they do not need to see x-rays of healings in order to believe in miraculous deliverances or do not spread tales that the person healed is probably not really the same man that had the disease? What if they believe in strange things like having prayers being answered over the phone or even placing hands on the computer screens and blessing those watching and it is really not happening? What if they are willing to hear times when they feel Jesus was really at a meeting and then they hear others laughing at their ignorance and say they were just letting their emotions run away with reality? What if they just pretend to be grieved when they are shunned, excommunicated and otherwise slandered because they actually believe Jesus does show up in meetings? What if they just continue on believing things that are really not true and at the end of life they leave this world with outstretched arms and say like Stephen, "I see the Son of Man standing on the right hand of the Father!"?

If all these things are fake and this group just goes around in a constant state of bliss and the signs and wonders of the early church cling constantly around them and rumors of amazing changes continue to surface, what if we continue to shove it all away and even warn others of following such dangerous practices? What if there are those so hungry and thirsty for more in their Christian lives and we are so afraid these things are not true that we shut the door in the faces of the seeking because the way this group is considered too dangerous and radical? What if we are honest enough at certain times when we can no longer hold up our defenses and wonder if we ourselves are missing out on some things God has designed for us to experience? What if we try to dismiss this as something too dangerous to try? What if we just say, "If God wants me to have this gift, He can give it to me," because we are afraid to admit it we really, really want more from our Christian life and yet we feel we can't abandon ourselves into the hands of God and let Him take care of all our fears and apprehensions?

What if you read this and with all your heart you believe there is more and you throw your reputation, your fears, your what-if's, and your own reasonings overboard and jump into the arms of the waiting Savior because you finally see the love-light blazing from His eyes for you and nothing else matters. What if then, as you lay weeping on His breast, His Spirit suddenly sweeps over you and you let your emotions loose and in ecstasy, you begin to praise Him with words unknown to any other man? What if then you finally found where you belong? What if your life is changed forever after that and you in amazement no longer find the group so strange and find yourself worshipping alongside them as you lose yourself in worship of the Lamb of Lambs and the King of Kings? What if?