Samuel and Polly Girod - Bennington, IN 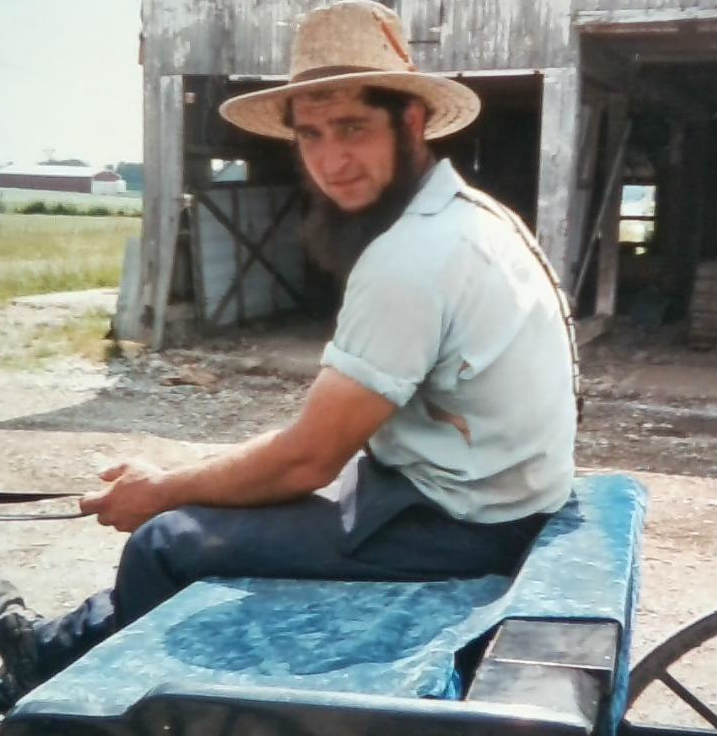 I was born in 1982 into the Swiss Amish culture. I was an Amish single man, 30-years-old, who had everything any Amish man wanted of what their culture allowed. But often I was unhappy and depressed. I tried not to show it, because I knew it would worry my parents.

I belonged to small church group of about fifteen families. We didn't have fellowship with any other church in the nation, so it made it hard for someone to find a date outside the community. I tried once in another church that didn't shun as strongly as we did, but my church would not allow me to date that girl. So in order to keep my church together, I broke up with her.

On May 17, 2012, two of my younger sisters had a double wedding. Six of my siblings were now married, and I, the oldest, was still single. So after my sisters’ wedding I went and had dinner and hung out with some of my English friends. I watched TV with them, an activity forbidden in the Amish faith, but I did it anyway. My English friend told me about a show on TV called “Amish: Out of Order.” I had thought about leaving the Amish before, but was too scared and I did not know where to go for help. We were always told we should not talk to former Amish because they were of the world and would lead us the wrong way. After watching the show I contacted Mose Gingrich, one of the actors and producers of the show. He told me about a man in Ohio named Joe Keim who helps people leave the Amish life. I thought, “How could this be possible, a former Amish man reaching out to others who wanted to leave?”

Thinking what a bad person I was, I kept the number Mose gave me until I had enough guts to make the call. When I called Joe a few days later, I was so scared I was shaking. Every time I talked to Joe, I sensed a calmness in him. We talked on and off for four months or so. Then one night in September, I called him, and we made arrangements for someone to pick me up. On September 22, 2012, at 9:30PM, I walked away from two houses and half-ownership of a construction company with my father. I went to stay with Joe Keim. Two days later, on September 24, Joe led me to the Lord after explaining Romans 3:23: For all have sinned, and come short of the glory of God.

My eyes really opened when we read Col 2:14: Blotting out the handwriting of ordinances that was against us, which was contrary to us, and took it out of the way, nailing it to his cross. 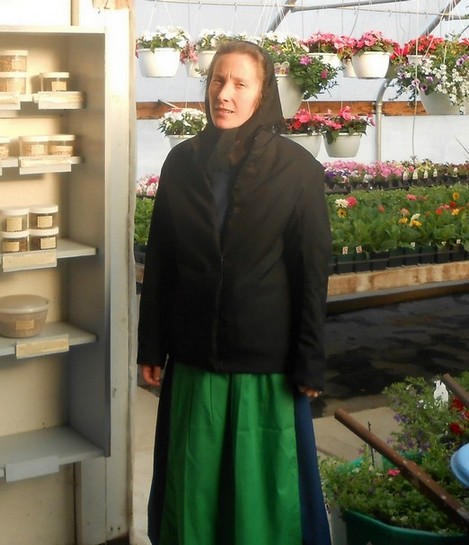 I was born in Nunnelly, TN but grew up in a number of states. Our family seemed to move about every five years. When I was seventeen years old, I took instruction classes and joined the Amish church. I enjoyed being with the other young folks, so Sundays were always the highlight of my week.

I had two brothers and two sisters. Both of my sisters got married, and I longed for someone who would love me just as I was and with whom I could have a family.

When I was twenty-six, a neighbor I thought was a good friend took advantage of me. Even at the age of 26, I had no idea about the “birds and the bees” and did not know anything about the process of having babies. In the Amish eyes, I had no boyfriend and was not married, so there was no reason why I should know. May God forgive them!

When they found out, I was put in the bann, which lasted for eight weeks. During that time they kept criticizing my cap and made me promise to make a new one. It had to be made within two weeks and approved by the deacon. It took me three tries until I made one that they approved, and that was just so I could help with communion. The day of communion, the deacon came and told me that I could not help because of my cap! I was very mad! I could not understand how they had so much power, while they teach and preach that everyone should examine himself according to what the Bible says.

Often I would cry myself to sleep and wonder, “Why me?” How could ministers tell someone that he cannot come to church for a few months until her hair is long enough? How could they preach at someone during the sermon when the sermon was supposed to come from God? It seemed like I was in a dark tunnel with no light.

A few months later, I was placed in the bann for two weeks because of my cap. I could feel the hatred that people had for me. I had no one whom I could trust and could not take it any longer. I called a neighbor boy who had left the Amish a few years earlier, and he made arrangements with his aunt and uncle, Ida and Glen Yoder, to come for me. They picked me up on Sunday morning, May 06, 2012.

I left a note in our greenhouse. With just the clothes I was wearing, a checkbook, birth certificate, and Social Security number, I left home. The Yoders lived about three hours from us, in Kahoka, Mo. I asked Ida what they did for a living, and she told me that Glen was a pastor in a Baptist church. “OH, NO,” I thought. I had left the Amish because of the ministers, and now I was going to stay in a pastor’s house.

While I stayed with the Yoders, every morning they would read and discuss the Bible. I was so hungry to hear the Word of God that sometimes we sat there until noon discussing the Scriptures. Four weeks after I left the Amish, on June 06, 2012, I accepted Jesus as my Savior. It was pretty difficult to do, knowing that my family would reject me.

For three or four months I still wore a scarf as a head covering. It had been deeply ingrained into me that God would not hear my prayers if I did not wear something on my head.

After I accepted Jesus into my heart, God blessed me with what I had always wished for. On November 10, I began talking on the phone with a man named Samuel. The end of November, on the phone, he asked me to marry him! We met for the first time on December 05, in Ohio. While there, we got our wedding clothes, and on December 29, 2012, we were married in Kahoka, Missouri!

God has been blessing us ever since. He has given us three beautiful children, Rebecca, Malachi, and Loretta. We pray that God will continue to lead us, and that we will faithfully and fully follow Him.

Who we are today… Three years after we left the Amish, Polly and I decided to join up with Map Ministry. We now have six children (one has gone on to be with the Lord), and I currently own and operate my own construction company. My prayers are that someday God will allow us to go into full-time ministry and I can do carpentry part-time since I love that kind of work.

Call to Ministry… Even before I got married, I had a burden to reach out to my Amish people, but felt that I was not ready to do so—at least not until I had gotten married and settled down. Now, three years later, the burden remains and is shared by Polly. In March of 2015 at the Amish Awareness conference with Joe Keim, I realized that God wanted me to go and teach and tell others about the Amish.

The church we attend in Indiana has some members who also have a burden to reach the Amish people for Jesus. They and our pastors support us all the way.

Brethren, my heart's desire and prayer to God for Israel is, that they might be saved. For I bear them record that they have a zeal of God, but not according to knowledge. For they being ignorant of God's righteousness, and going about to establish their own righteousness, have not submitted themselves unto the righteousness of God. Romans 10:1-3

To reach the Amish people with the gospel of Jesus Christ in accordance with Mark 16:15. This is being done through personal witness, home Bible studies, the Bible Club, Amish Voice publication and various other ministry outreaches. MAP also offers counseling and protection to those who are victims of sexual, mental, and physical abuse.

2. To assist older teenagers and young adults attempting major life transitions, as they leave the Amish culture and enter an American lifestyle, by providing every day basic Life Skills:

3. To expand MAP all over North America:

Since the existence of MAP, various team members have traveled throughout the United States presenting the ministry to local churches and special groups. The goal of MAP is to pass the burden on to others so that they, too, can get involved in reaching the Amish people in their own areas

If you are interested in supporting Samuel and Polly financially and helping their outreach efforts to the Amish people of Indiana, please click on the link below to be redirected to our online giving page.