Meet the Staff and Volunteers

In 2001, Mission to Amish People [MAP] started out in a small Sunday school room, located inside Bethel Baptist Church. As time went on, the ministry grew and before long, a second and third person were brought on staff. Since each Sunday school room was small in size, they had no choice but to keep branching out until the ministry had used up three classrooms. At that point, the church asked MAP build their own office space. Today the ministry is running their offices out of a 3,500 sq. ft. building, located about 500 feet away from the main church building. It is not uncommon to see between 20 and 30 volunteers working on mailing day. 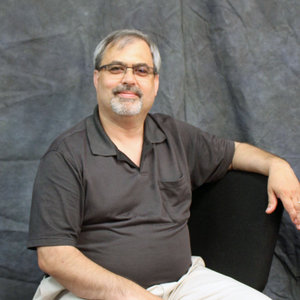 In 1999, while working as a tool and die maker at one of Ohio's local manufacturing plants, the Lord began to work in Joe's heart about taking the gospel back to his people and family. For over a year, Joe went through some tremendous struggles before giving up and making himself available to go wherever the Lord wanted him to go.

By April of 2001, the Keim family had raised just enough financial support through local churches and individuals that they decided to take the scary step, let go of Joe's secular job, and go into full time ministry. 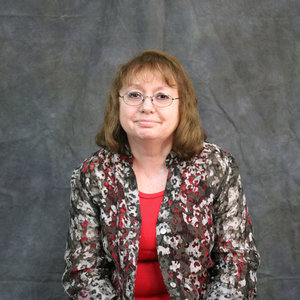 Tina is married and has two grown daughters and four grand-children. She got saved in the fifth grade while attending a Vacation Bible School. It would not be until after she was married, though, that some wonderful Christian ladies would help draw her to the Lord by loving and mentoring her.

Today, Tina works as the secretary of MAP. Her job requires her to manage all the volunteers, run the Bible Club, order ministry materials, help with the finances, take calls, and about 100 other things.

Her prayer is that the Lord will always be able to use her for His work, no matter what that might be. 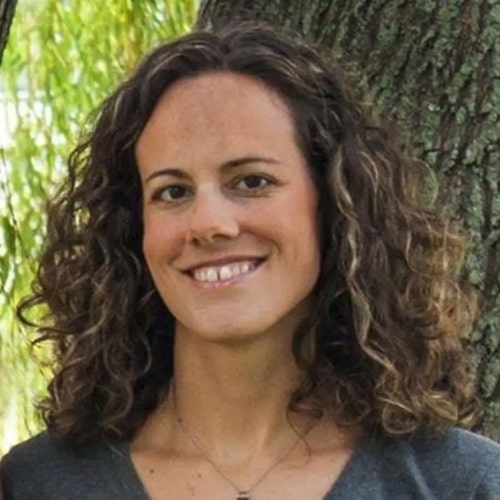 Amy and her husband, Dan, have twins Brooke and Benjamin. They are members at and attend First Baptist Church of Wellington, Ohio. Amy teaches Sunday School and Wednesday night children’s program. She also volunteers in the nursery and for VBS.

Amy started working at MAP in January, 2023 as a part-time bookkeeper. 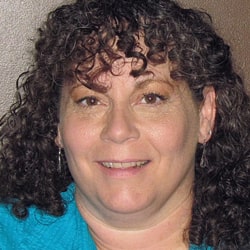 Ducia and her husband Gordon have been married 39 years and have three grown children, Chris, Caleb and Emily. Chris and his wife Elizabeth have three girls, Caleb works on staff at Russell Baptist and Emily and her husband Ben were just married in 2021.  Before coming to MAP, Ducia worked in the pro-life arena at Ashland Pregnancy Care Center and with Heartbeat international.

Through attending Bethel Chapel for the last 27 years, Ducia has been involved in one form or another with MAP since its beginnings.  After retiring in 2018, she began volunteering weekly at MAP.  Ducia was approached to take over the reins of the Plowman’s Academy in January 2020 and now oversees Bible correspondence courses for adults.

Ducia has been excited to have the opportunity to minister to the students in the Academy and see them grow in grace and knowledge of our Lord Jesus Christ.  Her life verses are James 1:2-5 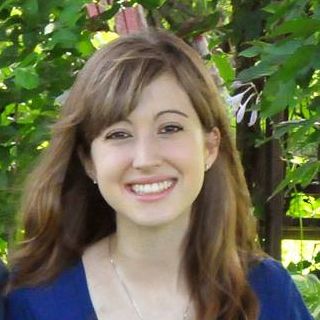 Rachel and her husband David have three children named Lily, Jack, and Emma.

Rachel helped manage MAP ministry's website pages while in high school and at college. She then took over management of the website and social media pages after getting married and moving to the Columbus, Ohio area in May of 2013. She is Joe Keim's daughter and enjoys being able to contribute to the ministry on a daily basis. 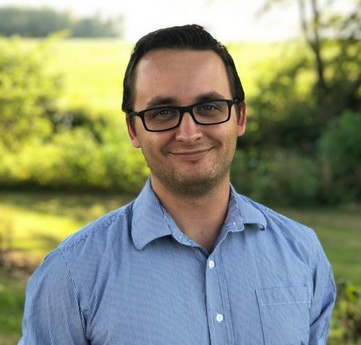 David started an internship with Mission to Amish People while he was attending Malone University in August of 2011. After graduating, he continued working as the Head of Marketing.

Whether it be creating promotional videos, or designing graphics for web and print, David stays very busy. He is thankful for the opportunity to pour into such a wonderful organization! 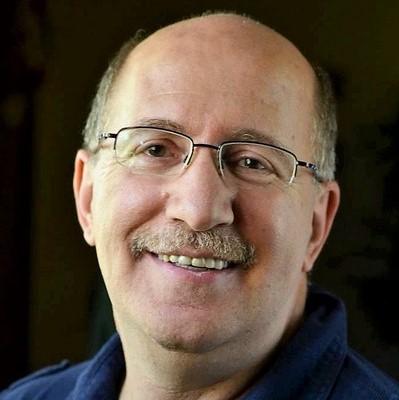 Arlen grew up in Holmes County, Ohio. His father was Amish, and his mother was Mennonite. He attended North Central State College and spent the last twenty-seven years working for the Appleseed Community Mental Health Center. He and his wife, Dee, have been longtime friends and supporters of MAP.

Arlen plans to use his skills at MAP one day a week to apply for grants and help raise funds to help support the work and ministry. 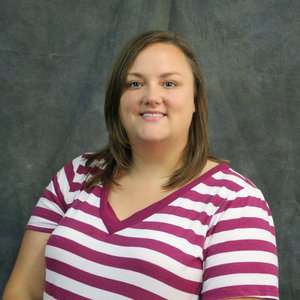 Rachel and her husband, Emery, have three children: Evan, Paden, and Cameron. In 2014, Rachel earned her Bachelor's in Psychology from Liberty University.

Rachel began interning at MAP the summer of 2014, which lead to a position. Now, she is aiding the former Amish in GED studies and in obtaining birth certificates, social security cards, and employment; she instructs them on life skills as well as Biblical studies.

Rachel is very thankful that working for MAP allows her to grow both in knowledge and spiritually. 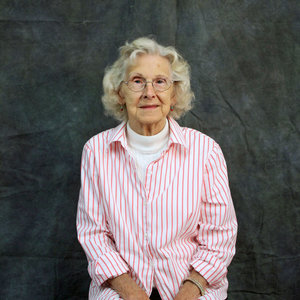 Norma has been a widow for many years. She has four children and seven grandchildren. In 2002, she sold her restaurant, which she had owned and operated for fourteen years. After retirement, she realized that she had extra hours in which she could be of service to the Lord. She helps MAP two days a week, grading and mailing out lessons and certificates for the Bible Club. 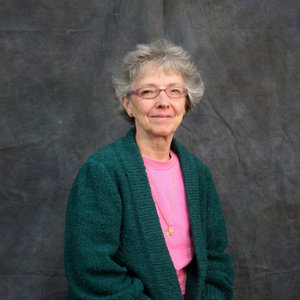 Miriam and her husband Levi left the Amish when their children were still very young. For twenty years, they owned and operated a grocery store in Kentucky.

In 2004, Levi and Miriam started talking to Joe about their desire to move to Ohio and help out with the MAP ministry. Several times, they gave up  on the idea that it would ever come to pass, but they also knew that if it was God's will, it would happen when the time was right. Month after month went by, and finally, in October of 2005, they made the big move to Ohio. 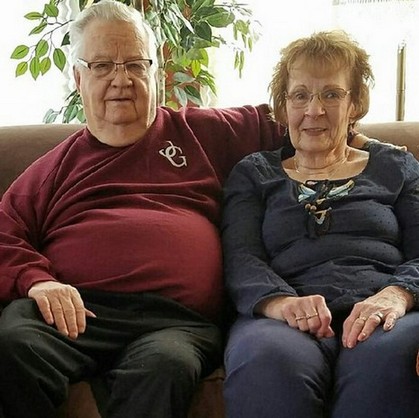 Jerry retired from working at General Motors and now works as chaplain of a large nursing home in Ashland. In 1987, both Jerry and his wife, Carol, gave Joe and Esther a home until they were able to get on their own feet.

Jerry and Carol have three daughters, three sons, and many grand children as well as great grand children; two sons have gone home to be with the Lord.

Jerry and Carol both have always been very involved in the MAP ministry and are very enthusiastic to be able to be used by the Lord to reach the Amish for Christ. 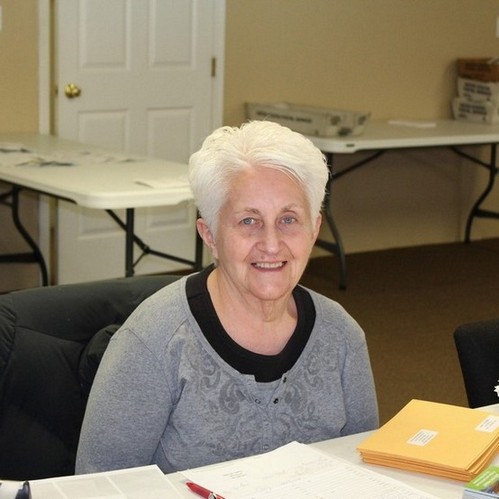 Linda has four children and four grandchildren. She had always been curious about the Amish culture. After hearing about MAP Ministry through her church, she felt a desire to volunteer to do what she could. She says it is such a blessing to see the many lives being changed through the Bible Club.

Linda works one to two days a week grading lessons or putting them together getting them ready to mail. 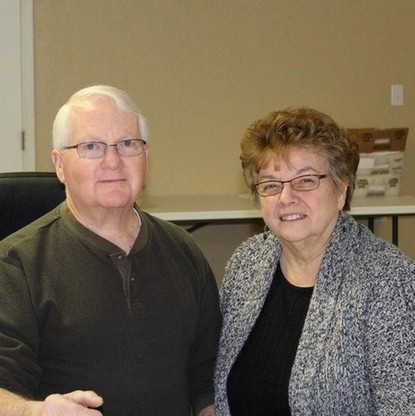 Bob grew up in Waynesburg, Ohio and Jayne in Dalton, Ohio.  They farmed for twenty plus years, and Jayne also worked for a local school district for twenty-one years, as well as church camp for 5-1/2 years. They currently have four children and thirteen grandchildren.

Bob and Jayne both have been involved in various ministries in their church and each made Jesus their Lord and Savior at a young age. They have served Him faithfully through the years.

Bob and Jayne heard of MAP Ministry through a co-worker. They invited Mr. Keim to speak at their church, and after hearing Joe speak, they decided to continue to serve the Lord through MAP Ministry after retirement. 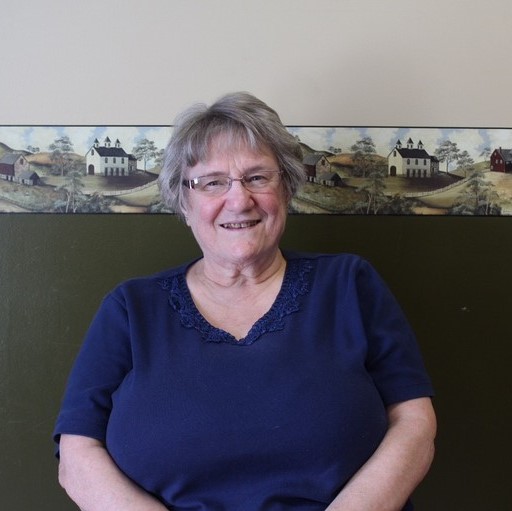 Rhoda grew up in an Old Order Mennonite community; both of her grandfathers were ministers in the Mennonite church. When she was driving by MAP one day and saw the Beyond Measure Market sign going up, she did some research and found that we are a ministry to the Amish. She had always had a burden for the Amish, so after meeting Joe Keim, she decided to begin volunteering.

God’s truth is important to her, and she is excited to see that MAP is sharing the truth and the Word of God. She's happy to be able to be a part of such a life changing operation.