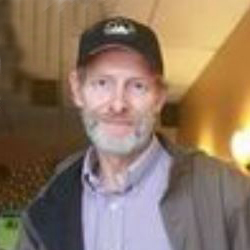 Before telling the story of my dad’s final days on earth, I would like to give a little bit of background information, so the situation can be better understood.

When I was born, my dad and mom were experienced parents. My mom was forty, and I was baby number eight for her. Live was good for me as a young boy in an old order Amish setting. My dad was a good dad, who treated me well.

When I reached the age of fourteen, I began working in a parts shop. I was living with some double standards, which is pretty common for Amish youth. Outwardly, I was Amish, but inwardly, I was not following the teaching or honoring authority.

Eventually, I left home in a dreadful way. I left secretly with not so much as a note to say why I was leaving or where I was going. The way that I left caused much grief, which I regret deeply.

During my first year of being gone, I developed several relationships and came across various circumstances, which made me begin to see the truth of what the Bible said. Little by little, I began to open my mind to the Bible, and eventually, I realized that I was a sinner and that Jesus died for me. I decided to become a believer.

That same year, I felt God asking me to return home to finish out my youth until I was age twenty-one. I found, however, that it was not as easy to live at peace with everyone and my new life situation. After a year and a half, I made the request to be baptized and was told that the faith I had was not compatible with the church. For this reason, after becoming of age, I decided to join a Mennonite Church.

This is where I’ll start telling the story regarding my dad’s last years on earth.

In those last years, Dad consistently used Scriptures to put me in my place, but he never wanted to stick around to discuss it in deeper. When my mom would write a letter to me, Dad would always add a note of judgment. Even after joining a Mennonite church, Dad held me in the ban (shunned me), even though it wasn’t required since I had never fully become a member of the Amish church before leaving.

Mom, on the other hand, accepted my faith as valid and related to me as a believer, even though deep down I knew her heart’s desire was that I would still be in the Amish Church.

Around seven years had passed, and I was living in the remote village of Slate Falls in northern Canada. It was in the fall of 1990, and I had this strong sense (an groasa aunsht) that I needed to write Dad a letter about being ready for heaven. I fought it at first thinking, “But I'm the black sheep of the family. It will only make things worse.”

Finally, though, I said, “God, you guide my pen, and I will write.”

The words came freely. I wrote about Old Testament sacrifices and about Jesus coming to provide a complete sacrifice. I asked my dad if he was basing his hope on the fact that he was a good Amish man and an honest business owner. I was very scared to send my letter especially since I had asked Dad some hard questions like: What are you trusting in to get to heaven - was it really Jesus? Or was it about being a good Amish?

Mail was usually slow in my old community, but despite that, a letter came back within two weeks. I was scared at first, but I finally decided to open the letter and read it.

In the letter, my dad thanked me for writing. It was strange. He opened with a friendly greeting and shared about the happenings of the day on the home place! I had never received a letter like this from him before. At the bottom of the letter was a short note from Mom. I didn't know what to make of it. I decided to leave it as is even though he didn't answer or refer back to any of the questions I had asked. I simply decided to cherish it since it was the only friendly letter I had ever received from him.

Time passed, and a month later I received the message that my Dad was very sick in the hospital. Just one day later a message came that he had passed away.

My family jumped in the car and started on a trip back to my home immediately. Esta, our first child, was only eight months old at the time.

We arrived at my home place late in the evening. There were so many people. When my mom saw me, she got up from where she was sitting, grabbed me, and whispered in my ear: “Dad said he was ready to go.” This was good to hear, but I also knew that many Amish say that as they are on their deathbed because they feel they were good people in comparison to others. I didn't know what to make of it, but it was encouraging that it was the first thing on her mind to tell me.

The next day, the funeral ended, and all of the people left. It was just my family with my Mom.

My mom prepared supper, and we sat down, had prayer, and began eating together. As we ate, the first thing my mom asked was “Do you remember the letter you wrote to Dad?”

She continued, “I don't know what came over Dad. After he read the letter, he wanted to write you a quick letter back. He was about to send it, and I asked if I may read it and also send a note.

I read it, then I asked him, “Why didn't you answer the questions in the letter.”

Mom continued her story. “You know how Dad would never discuss the Shrift with us? Well, it was so different from then on. He would keep reading the Bible and wanting to discuss it. One night at the hospital in Canton, a couple days before he passed on, he called me to his bedside and said to me, "I'm ready to go."

After she had finished with her story, we visited about other things regarding the funeral and that day. To this day, though, it is an encouragement to know that my dad had been so impacted by my letter. My prayer is that God used my letter to be a light to my dad in his last few weeks on earth!

We would like to encourage you to leave a message for Enos below.  When you do, it will notify Enos and be an encouragement to him.  God bless you!