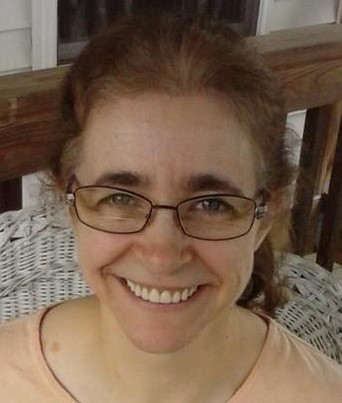 I got married to Leroy Mast at the age of 19, and we had 5 children. Before the fifth child was born, Leroy got discouraged with the Amish lifestyle and drifted away from me, but kind of stayed on until the baby was born; then he left me and lived with another woman. He always came back to see us whenever he wanted. I stayed Amish because I thought I had to in order to get to heaven! After six years, our oldest three children decided that they wanted to live with their father, and so they also left, which caused me even more heartache.

I still had the two youngest children and I was determined to teach them the way I thought was right. I did have a closer relationship with them and they respected me. By the way, our oldest daughter came back to the Amish after 3 1/2 years because she thought she had to in order to get to heaven! She got married in the Amish church, and of course, that made me delighted. Anyway, at the age of 16, our youngest son decided to leave and live with his dad, so that was the last straw for me! I knew then that something was not right!

I told my oldest daughter (who was now married) that I did not know how to teach the Bible! I was not taught right and I was serious! She said, "Mom, are you sure?" I told her that I was sure. At that time, the church was having quite a lot of issues and my daughter and her husband were discouraged with the Amish church. That was not much of an issue to me; I had too many other things to worry about and I was committed to the Amish ways. However, after my last son left, I searched more.

I had been searching for truth, but after my son left, I sent for a sermon by Michael Pearl, called Gospel to the Amish. I listened to it and my eyes were opened to the truth a little more. I then gave it to my daughter and her husband, and they listened to it, and their eyes were opened more, too. I then went and talked with a Mennonite pastor and he came to my house a couple times. My daughter and her husband also came once. The Mennonite pastor helped us a lot. We had thought that we were saved, but a couple days after a visit from the pastor, my married daughter decided to listen to the gospel of John because Debbie Pearl had written to me and encouraged me to read the gospel of John to learn what it means to be born again. I had told my daughter, so she decided to listen to it; while she was listening, she was born again!

Her husband was at work and the devil was trying to tell her that she couldn't tell her husband because she was the wife and he was the head of the family. When he came home from work, the Holy Spirit took over and she couldn't keep from telling him. He was scared. She was also scared to tell me for fear of my rejection. The Holy Spirit took over there, too, because I called her and she started crying and telling me that I did not believe right and the things she told me made me think she was losing her mind. I got off the phone and told my youngest daughter that I did not know what to think of her sister. I prayed a lot for them that night.

The next morning, I called her and asked her how they slept. She said that she had slept well, and so I was ready to listen more because she was more herself. She helped me see the truth and she helped her husband see the truth, and I helped my youngest daughter by telling her what her sister was saying. This was all done over the phone. I remember that it was on a Tuesday that my oldest became born again. I think that night her husband was born again, my youngest was born again on Wednesday evening, and I was born again on Thursday morning. This was all in the same week!

We prayed and prayed to be delivered from the devil and that was our focus most of the time. We barely ate or worked that week. The morning it happened to me I was doing some laundry and I was just praising God over and over for sending Jesus when it became clear what He really did for me. I just cried and cried. I was then thinking that I did not want to cry if my daughter called, but when she called, the first thing I did was cry. I was crying and had a hard time telling my daughter what had happened to me, but she knew the moment I started crying. Wow, how it changed me! I will never forget how light I felt. Sometimes it is hard to remember how I used to feel, because that despairing hopeless feeling is gone!

I am going to end this now with praise and glory to God. I have yet another story to tell you about my son who is in jail, but for now I need to go to bed, so God bless you!

I would love to hear from you, also.

We would like to encourage you to leave a message for Lovina below.  When you do, it will notify Lovina and be an encouragement to her.  God bless you!