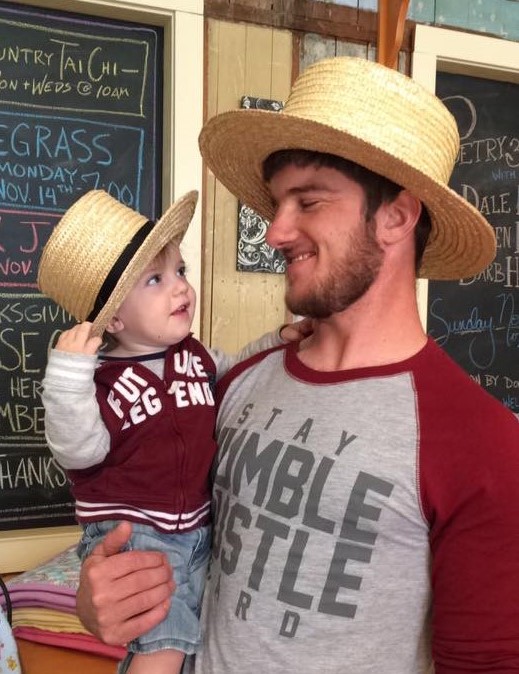 I left the Amish when I was eighteen years old. Looking back, I now realize that one of the biggest things I missed out on when I left was being there to experience memories with my family. I have been so focused on myself for the past eight years that I almost completely forgot about my little brother. It wasn’t until I recently visited my brother and got to help him a little bit around the farm that I realized this loss and the regret of not getting to be there for him. He was just ten years old when I left the Amish, but now he is eighteen years old, which is the same age I was when I left.

My little brother had to grow up without his four older brothers to help out on the family farm. Granted, he did a great job and probably handled things just as well or better than if we were there. If it weren’t for him, the family farm probably wouldn’t be able to exist.

When I was visiting, I offered to help him out on the farm, and he replied with, “You don’t have to,” but his face said, “It would have been nice to hear those words every day for the past eight years, and at this point, I don’t really even know you.”

I know that I am not able to relive those eight years that I was gone, but I do believe that I can now earn his trust and respect back in the next eight years as long as I put in the effort and go the extra mile to help out whenever I can. I am not meaning that I want to gain only my little brother’s respect and trust, but also the rest of my family members as well.

Many of those that leave the Amish harden their hearts over time and eventually believe the lie that their families don’t want them or stopped caring about them over time. The truth is that our families want and need respect from us and will, in most cases, return the respect when it is given to them.

About five years ago, my dad wrote me a letter saying that I wasn’t a part of the family any more. I was told not to come to weddings or funerals because I wasn’t welcomed. When my grandpa passed away, though, I ignored his comments and tried to attend the service; my dad shut the door on me and walked away. The thing is, I did the same thing when I left the Amish years earlier; I shut the door, and I walked out.

In the end, my family did let me see my Grandpa through the back door because they just didn’t want me to be in contact with any other family members. I respected their decision; I had come to see my grandpa, not the others.

After I left the Amish, I believed the lie that I wasn’t a part of my birth family any more. I felt like a lost dog trying to find a home. Even though I was blessed to be temporarily adopted into a great family I didn’t deserve, I still had a hole in my heart that wasn’t filled. I continued to believe the lies that my parents had disowned me, which hardened my heart like a rock. 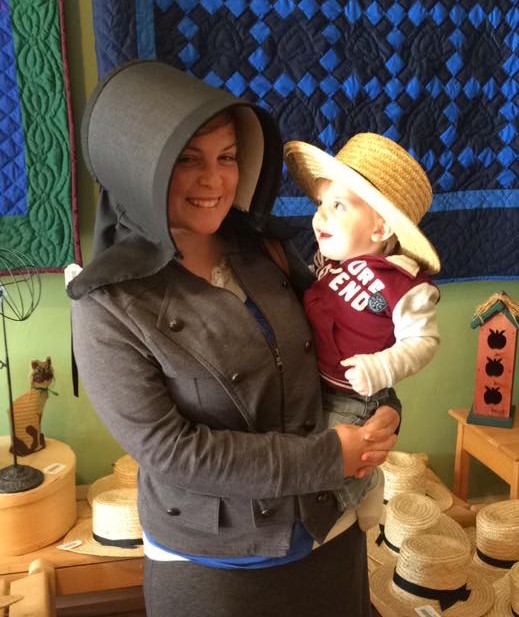 Eventually, I gave in to the devil and accepted his lies. I believed that I didn’t need my family, and even more so, that I didn’t want my family. It was then, out of the dirt, that God put an amazing and beautiful woman in my path, who is now my better half. God also eventually placed a son in my life that has taught me how precious our time here on earth is.

My wife and son helped me to derail the train coming at me that was loaded with lies. They helped turn my rock for a heart into a sponge that now wanted to soak up every last drop of time with his family that it could. With this change of heart and attitude, I wanted to accept and respect my parents once again.

Today, my parents accept my family into their home. All of my married siblings in the area, along with their growing families, come over uninvited just to visit and sit down to dinner with us! It is hard for me to think that, other than a few short visits, I abandoned them for the past eight years. And during those first few visits upon leaving, I felt like a scared little dog worried that he would be locked up again for another eighteen years!

I cannot blame my parents or my family. They don’t know better and are just following a tradition that goes back many generations. Thankfully, my Creator, who is happy to take the blame for creating me in the first place, is here to help put a stop to this curse that has been going on for a very long time. With His help, I can turn this mess into a blessing.

It is funny because my original initials were supposed to be M.E.S. (a Mess) but they ended up making a mistake and put “B” down instead of an “E” for my middle initial when I was born. Out of twelve kids, I am the only one with a middle initial of “B.” The rest of my siblings have an “E.” Now, my initials are M.B.S. (Moses Blessed Shelter)!

We would like to encourage you to leave a message for Moses below.  When you do, it will notify Moses and be an encouragement to him.  God bless you!