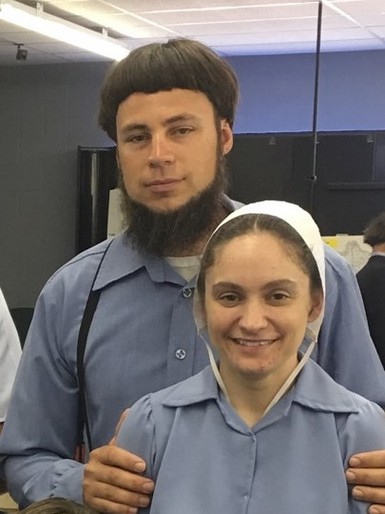 I was born to Amish parents in Geauga County, Ohio in 1982.  When I was six years old, we moved to a new community in Hart County, Kentucky because my parents didn’t like the partying and immoral behavior going on among the youth in our previous community.

I remember getting the impression that we were better than those in the old community. Why?  Well first, our community didn’t allow tobacco or bed-courtship and we were mostly made up of people who wanted something better for their youth.  I soon realized, however, that the devil has a thousand ways to mislead people.  You can make all the rules you want, but you cannot change the heart.

By outward appearance, I was an obedient young man who never got into any major trouble.  But God knew all along what all was inside.

I joined the Amish church for two reasons.  First, there was a certain young lady I wanted to get to know better, but before I could date her I had to first join church.  Second, my parents wanted me to, and I never considered anything else as a possibility.

In 2012, my sister-in-law went to Door of Hope for counseling and came back a changed person. To make a long story short, in 2013 we went to a DOH conference, and I heard the new birth as explained in the Bible to Nicodemus.  It was on that day, November 7, 2013, that I became a new creature through Christ Jesus our Lord!

We would like to encourage you to leave a message for Sam below.  When you do, it will notify Sam and be an encouragement to him.  God bless you!