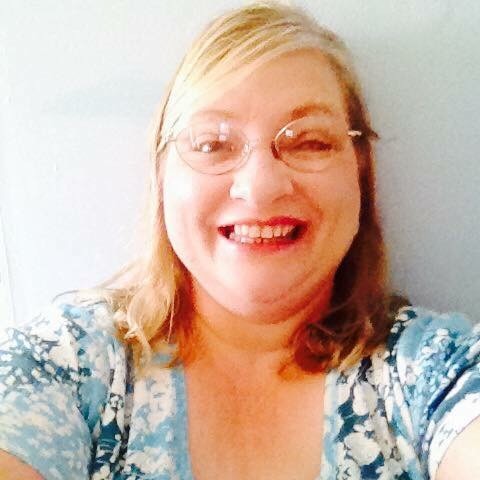 I grew up Amish and was raised in a good family. I am the oldest of seven. Growing up, I always had questions and tons of them:

"Why do we do certain things? Why are our clothes all to be of darker colors? If God created so many different colors why was it wrong for us to have them and not others who lived in more liberal communities?"

The answer was usually the same: "Because that's what our forefathers did. That's how they were raised, and if it was good enough for them it's good enough for us." That answer never satisfied me.

My dad, being a strong Amish man, never could appreciate my questions. As I grew older, My Mom and I would talk, and look things up in the Bible to try and understand what God said about the topic. We would read out of German Bible, and the English Bible was used as a Dictionary. We were encouraged to read the Bible but were told not to read it too much as "that could lead someone astray" (Meaning leaving the Amish and get "strange" beliefs, according to them).

Getting saved is strange to the Amish. Since the German Bible was in a different dialect from what we spoke, it was really hard to understand. So I would do my duty and read it but as fast as I could. My dad had us memorize 1 Corinthians 13, so that was my go to chapter since I knew it by heart and could read thought it more quickly.

I was born in Missouri and lived there until I was almost twelve. We then moved to Tennessee and lived there give years. I loved Tennessee but did not like the community. Our friends were doing things we didn't do, and so we were mocked.

After five years, we eventually moved to Wisconsin to a very conservative community. I again loved Wisconsin but never felt at home with all the rules dictating everything down to the way we put our straight pins in our dresses. (No buttons for us ladies, only men and children).

I eventually joined the church, got baptized (sprinkled) and dated different guys. I went with one young man for over a year and thought we were getting married in April, but the first of March, things changed, and my world fell apart. My soon-to-be husband found someone else. At this time, I really dealt with questions, and I began to wonder why I was born.

I didn't know why there even was a heaven since it was so hard to get there (we were taught we had to work our way there). I was afraid to go to sleep because I didn't want to wake up in hell. At the time, I couldn't understand why God would do what he did to me in taking my very best friend away and hurting me so much, unless He didn't love me, and it sure seemed like that was the case. Now, I see differently and am glad that God did not allow me the marry.

At the time, I just couldn't bear to live in Wisconsin anymore. I had to put some distance between me and the young man I had loved so deeply, so I moved back to Missouri after eight years. I kept house for my maternal grandpa for 3.5 years; my grandma had died a few months earlier. Those 3.5 years were extremely hard, and because of some lies being said about me, I felt all alone. I could tell I was looked at really weird by others in the community, but I had no clue why except I "knew" there were lies being said about me, I just didn't know what. It wasn't until I moved into a house away from grandpa and the family next door, by myself, that people started telling me what all was being said and apologized for their actions. To be clear, my grandpa was not the problem; it was the family next door. Their house was connected to grandpas house by a porch.

During the summer of 1999, one of my client's cousins sent me a gospel tract in the mail. It didn't make any sense, but I kept it. I knew there was a message for me, but I just couldn't get it. I had been living in that house for four years when my world fell apart again. In September, my uncle, his wife and three youngest boys (all teens) who I was very close to, left the Amish. I could not imagine WHY they would do such an awful thing.

I started asking questions once again. They witnessed to me but nothing made much sense. In the meantime, there was another family with questions, and my family started having a Bible study at my uncles house at 9:00 and 10:00 at night. They would put quilts and blankets over the windows and doors, so the neighbors going by wouldn't see us in their house. According to what I was taught, there were two wrongs going on here: Bible study and being in the house of someone who was shunned.

The Pastor (former Amish) who did the Bible study was someone I knew as a young child. It all sounded so good to me, and I was amazed at the things he found in the Bible that I had no clue about. But then I'd go home and think it can't be true, and besides its NOT what we were taught. I started going to the Bible to prove him wrong, but in the end, I was the one proved wrong. I read the Bible in English since that is what this Pastor used.

In November one of my cousins came to my house (after dark) to bring me something his mom had for me. I got out the gospel tract I was saving and asked my cousin what it meant. He read it and then showed me with a piece of candy that Salvation was a gift but ONLY if you accept it. It was then that I KNEW what I had to do, but I didn't get saved then.

It was two weeks later when I was in South Dakota that I decided to get saved. I had gone with an aunt and her family to a clinic. I had a motel room to myself, and that Saturday night, I called this Pastor from the phone in my room with my calling card, and we talked for an hour. It was while on the phone at 6:00 pm on the 20th of November that I accepted Christ as my Saviour. I will never forget that moment as long as I live. I experienced tons of emotions: joy unspeakable yet scared to death.

The next day (Sunday) was a cold, miserable, overcast, damp , chilly day, but I went for a walk to the park and sat on a cast iron bench and marveled at the "beautiful" day. Everything was so much brighter and prettier, and I just couldn't believe it. I had lunch with my aunt and family and was scared the whole time. At this point, my family members were leaving the Amish, and now I had gotten saved. My aunt's husband was an Amish preacher, so I shook, knowing that they would somehow find out that I got saved and try to talk to me.

During my time there, my aunt asked me a question concerning the ones who had left, but before I could answer, my uncle came to ask her a question, and she was totally distracted and never asked that question again. That was the first time I KNEW that God was looking out for me and kept me "safe."

After we got back to Missouri, "my" plan was to stay Amish. But the first time I went back to church my eyes had now been opened, and I realized I could not stay as the teaching/preaching was not what the Bible taught. That did end up being the last time I went to Amish church services. When the community realized that I probably would be leaving the church as well, I got a visit from the Bishop, several Ministers and a Deacon to talk to me and try to persuade me to stay. They ALL told me that there was no such thing as being saved and that I was just being deceived and was actually serving our enemy. God gave me the grace to stay strong and not give in or back down. As a result, I've been told many times that it's like talking to a brick wall when they talk to me, which I accept as a compliment because of my Lord.

I cleaned houses for a living and I told my clients (non-Amish) that I was going to leave. Some people were excited and supported me and some thought I should never leave the community. It has been hard, but God is so good. I have such peace and joy now. I am shunned from the church, but I am a member of a wonderful Baptist church in Sarasota, Florida where I have lived since August of last year.

I am very thankful to have other family members saved. Two of my siblings and their families are saved and have left as well. I still marvel that out of all the people, God saved me. My mom is a believer as well now, but is still with the church. I'm longing for Heaven, so I can be with my Lord, but also, so I can see my mom as I don't get to see her much here. On the other hand, I also hope the Lord tarries long enough so that ALL my family will get saved.

We would like to encourage you to leave a message for Sarah below.  When you do, it will notify Sarah and be an encouragement to her.  God bless you!