An Alarming Concern for the Amish Church 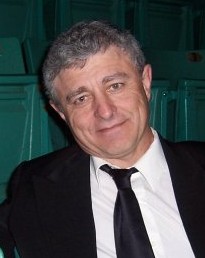 There is so much opposition in the so-called Amish Faith at this time and day. There are many clashes which result in disunion and ends in two congregations out of one.

There is so much strife, disagreement and unrest regarding congregational rules and regulations, resulting in promoting a lot of migrating and self congregations to appear. These newborn congregations usually have their own new set of laws. Most of the time the laws are very similar to those from where they came from, only making a few adjustments.

Many times a family will migrate to another area to receive freedom from a disagreement from the formal group they were with. So here is a group, there is a group. There are hundreds of groups in America and elsewhere. There are many separate fellowships. Hardly any two groups have the same standards and laws.

But God gave us one set of laws! Not two, three, or more.

Here is an example: We have a group that forbids to use, own, or hire anybody to use the chainsaw for their benefit. They affirm that the chainsaw and the benefit received from a chainsaw is evil, arrogant, proud, and disdainful.

We have another group that does not detect any spiritual harm in owning and using the chainsaw.

We have another group that will not own or use the chainsaw, but may hire from a group that uses it to do work for them.

We have another group that will use the outsider's chainsaw to do outside labor, but is not allowed to own or use the chainsaw for their own use or gain.

We have another group that will not allow owning a chainsaw, but they may borrow one to cut firewood for their own use.

If we use the chainsaw in a proud way, the results are sin. Can the chainsaw be used humbly, meekly, or modestly? If no, then I need more wisdom to understand why. If yes, how or where do we receive the authority to forbid a human to be respectful, humble and modest? So, on account of human laws, we are not allowed to freely comply with God's laws.

I have been taught that we need standards, fences or guard rails to keep our sheep in. Why do we all have different kinds of fences or guard rails? We all want to have the strongest fences, and still the sheep may keep getting out. Didn't God give us a good enough standard? Didn't God give us the laws which govern how to build the strongest fences? How about going back to God's laws and leaving our own laws out, and see if that won't build a stronger fence? In Galatians Chapter 5, we have a nice clean row of the works of the flesh, which are laws we shall not follow, and we have another nice clean row of the Fruits of the Spirit, which are laws that we shall follow. These are very wonderful and will go a long way, in fact, for those who submit to the Fruits of the Spirit, it will take them all the way to Heaven.

All of us who are striving and hoping to be on the right path and journey to Heaven are not to be blamed. That alone would put us outside of God's law! Therefore let's listen to God and bless one another and put this blame on Satan, which is causing all hatred and confusion, and twisting God's word, and telling lies.

I would suppose God to be more happy with us if we would make out of "twain" one (Ephesians 2:4-15) and tear down that middle wall rather than forming two congregations out of one.

God be with you.