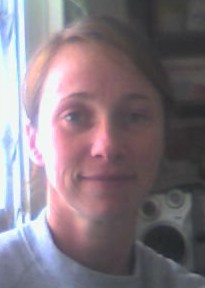 There has been something laying on my mind for a while. Everyone of us, no matter where and how we grew up, are more intimately acquainted with our own heritage and belief system than we are with other cultures around us. When I hear people talking about their Catholic (or any other) upbringing, it sounds strange to me. The only one I know is Amish, because that is where I was born and raised.

For some time, I have had a question about my people's heritage. I was in a discussion with a person that was raised Catholic. I asked him if he knew about how the Anabaptist people broke away from the Catholic church, and how they were brutally persecuted for it. He looked at me all wide-eyed, and said, “NO!” He had no idea. I explained to him that it was discovered that some of the things that the Catholic church had been practicing weren’t right according to Scripture. So when the people broke off and went to practice a lifestyle that they thought was Biblical, they were killed in terrible ways. Drownings. Burnings. The list goes on and on. I have never been able to force myself to read much of how they died. I guess I am weak, because my stomach feels like it will lose its contents when I read about it.

So here is what has been on my mind: When those people went to their death, they were so happy! Why? Because they knew that in just a few minutes, they would be with Jesus! How did they know that? They knew because they read in the Bible that if they called upon Him, they would be saved! We have to get to the place where we know that it is JESUS, and ONLY JESUS. Nothing else can save us.

So when and how did it happen that in most Amish circles today (not all), everyone clings to their Anabaptist heritage, but doesn’t believe that we can know that we are saved? We can only hope. If we should leave the Amish church, and go to a church that teaches that we can have assurance of heaven (just like the Anabaptists believed), we get excommunicated and/or shunned. It makes me shudder to think that in just a few generations, we can go in a full circle.

I guess my thrust is this: We had better be studying Scripture and making sure that it truly IS the Holy Spirit guiding us. All other roads lead to death. I want to be very clear here, there are a LOT of things that we were given from our heritage that are PRECIOUS and TRUE! My husband and I have always had the desire to only lose what needs to be lost, and cling to the things that are good and true.