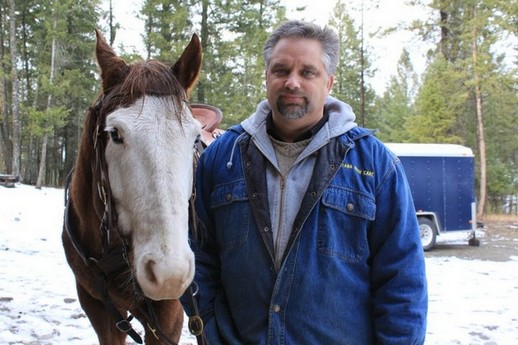 Since I have time on my hands, I thought I would take a peek, a reality-centered, Kingdom-focused, Biblical look at things involved in raising children.

Happy conversations around the table, family sharing with one another, caring for each other, and bringing the home to a place of rest, should be a goal. Children are born with a desire to please their father, so he should feed that desire in them. They grow to love their mother, for she is the source of nurture and care to them early in their life. These heartstrings are extremely important for anything else to go right, moving forward.

The following are some simple realities:

It is not difficult to teach, but it demands consistency. This requires sacrifice, time, and intent on the parents’ part. When the child is crawling around, he should already be aware. Take him into the living room, take him around the room, show him objects that he may NOT touch. Tell him, “That is a NO.” Then let him play.  He will wait until you are in a conversation, then crawl over to an object, and contemplate.... look at you, and deliberate. He will soon reach out and touch it.

Dad will need to get up, pick up the child, tell him firmly, “NO,” snip his hand, and then hold him and speak affirmation until he feels secure again.

The loss of the parent’s approval is felt, along with temporary pain. An association is formed in the brain, between wrong decisions and pain, much like touching a hot stove. The child’s mind is wired to receive this as instruction; that ‘NO’ means pain. Usually, a couple of evenings of this dedicated attention will establish the word, ‘NO.’ This gives the child a free gift that will benefit him for the rest of his life. Failure to give it, is abusive and cruel.

The wise man built his house on a rock.

Spanking was never intended to be a “beating into compliance” or something done in a rage, personal hurt, or offense of the parents. It was intended to help establish in the child’s psyche that wrong choices bring pain. Spanking also brings relief to a violated conscience. The child, in his spirit, knows that justice has been violated by his wrong action. He feels a need for justice. If that need for justice is not answered, the conscience seethes, the face grows cloudy, the child becomes fussy and irritable, the relationship gets strained, the parents become stressed, and good behavior flushes down the toilet. It becomes a game of “Who-Explodes-First,” with mom crying because she lost.

In this scenario, everyone loses. The parents explode in anger and beat the child out of anger. This further damages the child, and leaves scars on their heart. Twenty-five years later, this child is a parent. Convinced that the beatings were all wrong, he attempts to raise the next generation with no association with pain. This is ALSO a response out of woundedness and produces serious wounds in helpless children. Poor babies grow up without intentional training and helplessly face the feelingless systems of this world. The systems chew them up and spit them out as debris. Somewhere in the process, they completely reject their parent, whom they rightfully see as selfish adults responding out of their own pain, instead of responding out of love and Truth.

Raising children is intended to help you locate unhealed areas in your own heart. God is right. His ways are right. He invented the notion of chastening children. He is the One who has a right to be listened to. Let’s find Christ, find healing in the stripes He bore, and bring a balanced set of realities to our children. Let’s help them establish a strong sense of cause and effect, misbehavior and pain, good behavior and approval — before they are crushed by those realities in this cruel world.

(I do not comprehend the strong aversion to this concept in today’s world. It is a creational reality, a Biblical reality, a spiritual reality, a legal reality, and a Kingdom reality. Resisting it and hating on it looks like a hatred for wisdom in my world. I am open to explanations.)

“Ten pounds of praise, for every pound of correction,” is a decent rule of thumb. Even in correction, separate identity from behavior. God does this for us, as His children.

Determinations are made very early, by children. Dads and grandpas need to be speaking stories of God’s perspective in history to little minds that cannot comprehend them yet. This establishes a moral compass in spirit, a foundation unshakeable, that guides later life. A parent who withholds that great benefit, because of personal wounds from religion, is cheating a child out of something that will never be replaced. He will subconsciously hold it against you..... you had something of value, that he needed, and you refused to give it to him. That equals violation of spirit, deep within. It is not easily erased.

Hopefully, this helps. It is not intended to be entire or complete, but just a few tips.