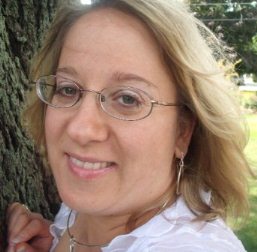 God’s Word has so much to teach us about womanhood and its beautiful place to play in God’s plan on earth. So many of these truths are missed, forgotten, and ever perverted by false religion. Let’s go to the Word to find some of these.

First of all, I would like to visit the book of beginnings, Genesis chapter 2:18–25. Here we see that God declared it was not good for the man to be alone, and that He creates the woman to be a helper for him. We see that the two were created as equal counterparts, intended to work together. Both needed. Both valued - to create together an earthly picture of a perfect God. Alone, man can not completely depict God. Alone, a woman cannot depict God. However, each of them separately shares part of God’s divine nature, and together, in God’s will, walking out His standard for marriage, they share a beautiful picture of our amazing God.

The enemy has done so much to pervert and twist this amazing picture - in fact, he has gone to great lengths to do so. Already, we see him at work in Genesis 3, where the serpent approaches Eve to get her to act independently of Adam so he could tempt her to eat of the forbidden fruit. As a result, she was deceived. We also see Adam, who was with his wife, go silent and not take leadership to protect his wife, and instead to join in this with her.

As a result, a curse came upon them both. This curse was never part of God’s plan- it was something that happened as a result of both the man and the woman disobeying God’s divine design for them. With this curse came several aspects, but the one I want to cover today is the one found in the last part of verse 16, where God says to Eve, “Thy desire shall be to thy husband, and he shall rule over thee.”

There are many and varying explanations and translations for this, but most of them express that the relationship between husband and wife changed that day and that Adam had a more dominating relationship with his wife from that day forward.

Don’t we as women all understand well the phrase that “her desire shall be for, or toward, her husband?” We long for our husband to love us, to understand us, to spend time with us. As women, we often feel that we are at the mercy of his long hours at work or whatever may be taking his attentions.

The good news is that Jesus came to be the curse for us!

Do you see what happened? As long as Adam and Eve believed God, they would have life — abundant life, full of the joy of sweet fellowship with their Father. Trusting God with all their heart would have protected them.

But, when they listened to a deceiver and trusted in their own understanding (Proverbs 3:5), it opened to them a world of horror. Their eyes, and the eyes of all of us descendants, were opened to evil and blinding complexities that none of us have the capacity to grasp. Fear and self-worship turned us pathologically selfish. We became susceptible to all sorts of deception.

God pronounced a curse on them that we, who sin like them, have inherited (Genesis 3:17–19). Death entered the human experience and with it all sorts of affliction and trouble.

When Jesus said, “I am the resurrection and the life,” what He meant was that He had come to reverse this curse.

Jesus came to bear “our sins in his own body on the tree, that we, being dead to sins, should live unto righteousness” (1 Peter 2:24).

“For the wages of sin is death; but the gift of God is eternal life through Jesus Christ our Lord” (Romans 6:23).

But Jesus only reverses the curse for all who will believe in him. That’s why He says, “He that believeth in me, though he were dead, yet shall he live” (John 11:25).

Why is believing so crucial to Jesus? Because the fall of Adam and Eve was the failure to believe in God. “Who changed the truth of God into a lie, and worshipped and served the creature more than the Creator, who is blessed for ever” (Romans 1:25). This is a dishonoring, a treason of such magnitude that a holy God cannot tolerate and be righteous. Such guilt must receive its just penalty.

“For God so loved the world, that he gave his only begotten Son, that whosoever believeth in him should not perish, but have everlasting life” (John 3:16). Jesus pays the penalty for this treason by bearing the curse (Galatians 3:13) for everyone who will trust His word over Satan’s or their own understanding. And everyone who believes in Him will be raised from the dead, just as Jesus was resurrected (1 Corinthians 15:52–53). And more than that…1

Galatians 3:13 tells us that Christ hath redeemed us from the curse of the law. This is great news! This means we no longer need to live under the curses that sin brought - if we submit our lives to Christ and are redeemed! We get to walk in true intimacy with Him!

Religion and different cultures have done much to oppress women. The truth is that God created women as a beautiful representation of the softer, creative, nurturing aspects of Himself, and woman was created as a helper for the man. Lest we become offended that we are “helpers,” I would like to point out that the Hebrew word used for helper was actually the same word used for the Holy Spirit being our helper. I don’t believe this means we are to be the Holy Spirit to our husbands, but I do believe that it gives us an idea of the importance of our role and the influence that we have. It is not a lesser or lower place. It is a different role from the man. We need to embrace our role as wives and as women, and realize that we were carefully designed and created in God’s image, and we are valuable and unique, and not created as lesser than men. 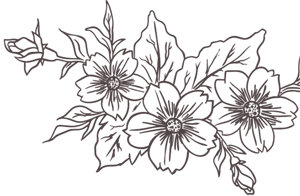 We do not need to feel threatened by or jealous of men, for they represent the Lord as well, and are uniquely designed to carry a different side of His nature. TOGETHER we carry out His plans and His purposes!

Today I would simply like to encourage all women of all ages, backgrounds, and races: embrace yourself for who you are as a woman! Embrace your femininity as a glorious gift from God, and embrace the opportunity that we have to carry this part of God’s nature to the world, and that we get to partner with God’s dear sons who carry a different part of His nature.