Living in the Stronghold of Deception (Part 8 of 8)

Part eight of an eight-part series called Living in the Stronghold of Deception. 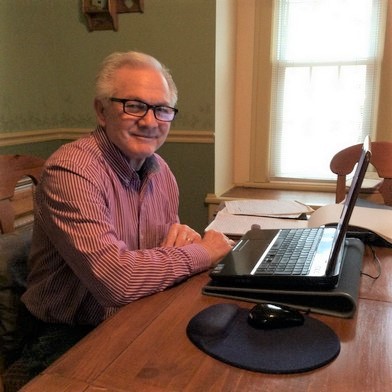 True Healing of the Church

In 1980, I had a dream. In the dream, I was fishing with some people I did not know. We were not catching anything. Finally, we went to a different place to fish. In this place, we caught one huge fish. It was enormous in size. This big fish had a wound that had been healed. After this, we began to catch many small fish. The small fish began to turn into people. There were all kinds of people. Many were of my own people, the Amish.

What is the interpretation of this dream? For years, I debated and wondered what the big fish with the big healed wound represented. Only recently has the dream become more of a reality in my life. The enormous fish with the healed wound represents the Church of Jesus Christ as a whole. The small fish that turned into people are Christians who are living in deception in some form or another. They are wounded and are not operating as they should in the body of Christ. True evangelism must start in the Church.

In the thirty six years since I had this dream, God has been giving me more understanding of the condition of the church today. We are operating in an unhealthy condition because of the wound in our side. As I have said before, the church looks holy and feels holy, but it is not holy. We are operating in our man-made agendas and our carnal opinions. May the Church once again begin to operate in God’s order as revealed in Ephesians 4:11-16. It is God’s order. Yes, we are going to see health come to God’s people if we humble ourselves and pray and believe the heart of God. The gates of hell will NOT keep this from happening. The rulers of the darkness of this world, the spiritual wickedness in high places, will NOT stop the healing of God’s people, His bride. AMEN.  Revelation, understanding, wisdom, and the mind of Christ belong to the Church. Healing belongs to the Church. Power – holy power – belongs to the Church.

John 19:30: When Jesus therefore had received the vinegar, he said, It is finished: and he bowed his head, and gave up the ghost. If we add our self-righteousness or take away from this, our name will be taken out of the Book of Life. John 19:34: But one of the soldiers with a spear pierced his side, and forthwith came there out blood and water. Through His death, His life became the health and life of the Church.

Brothers and sisters, is there anything else? I believe not. With His wound, the Church’s wound is healed. Isaiah 53:5: But he was wounded for our transgressions, he was bruised for our iniquities: the chastisement of our peace was upon him; and with his stripes we are healed.

If we preach the cross of Jesus Christ, Jesus Christ Himself will back us up with the power of the Holy Spirit through creative miracles, physical healings of all kinds, families being healed, and signs and wonders. Brothers and sisters, He is coming to the Church in a powerful way once again. Religious people will no longer be able to practice their religious practices. Why is this? Because there are intercessors praying. Since when did God stop answering His people’s prayers when we pray His heart? Never. God hears and answers our prayers. It is in the Bible, God’s Word.

As I write this, my flesh, or carnal thinking, is saying it will never happen; but I am overriding my carnal thinking and am prophesying what God is speaking to my spirit, which is the truth. My carnal thinking is not true. Then he answered and spake unto me, saying, This is the word of the Lord unto Zerubbabel, saying, Not by might, nor by power, but by my spirit, saith the Lord of hosts (Zechariah 4:6).

God is a spirit: and they who worship Him must worship Him in spirit and in truth (John 4:24). Yes, God is seeking this from His people. God wants us to hear what the Spirit is saying to the Church. This includes every member.

Let’s go back to healing. In Luke 17, Jesus is on His way to Jerusalem. Instead of taking the short route, He passes between Samaria and Galilee because there was something He wanted to demonstrate. He entered a certain village and met ten lepers. They lifted up their voices, and said, Jesus, Master, have mercy on us (Luke 17:13). They all knew with their natural mind that it was Jesus.

Many today know of Jesus with their natural mind and are calling on Him. Without the operation of the cross of Christ by the power of the Holy Spirit, we will not know Him by revelation in our inner man, or by the Spirit of God which is in us. We can find this in 1 Corinthians 2:9-16. May God give us wisdom.

When Jesus saw the ten lepers, He said unto them, Go shew yourselves unto the priests. And it came to pass, that, as they went, they were cleansed (Luke 17:14). They never made it to the priests. This is telling us of what Jesus would accomplish on the cross. He would heal all our sin and diseases and make us whole. It is finished. All things become new. Under the Old Covenant, the priests were to judge the leper according to the stage the leprosy was in, or judge if they were clean.

All ten lepers were made whole, but only the Samaritan knew it. Jesus asked, “Where are the other nine?”

Jesus is asking the same thing today: “Where is My Church?” The invitation still goes out today. Please read Matthew 11:28-30.

The Jews in Jesus’ day had eyes but couldn’t see. They had ears but couldn’t hear. We are like that today. We want our healing, but we don’t want the working of the cross that opens our eyes so we can see and opens our ears so we can hear. The Samaritan fell down on his face at the feet of Jesus, giving Him thanks. By revelation of faith, he saw more than just his leprosy being healed. Jesus said, Thy faith hath made thee whole. The no-good Samaritan saw and understood God’s redemption plan. This speaks of us no-good Gentiles coming into the health of Jesus Christ.

I believe this is why Jesus sometimes withholds healings, as in my own case, that we may learn who Jesus really is and what He did for us on the cross. There have been movements of God in the past where many outward healings took place. I believe this next movement will also see many healings, attended by understanding and wisdom and true faith, which our natural or carnal minds cannot understand. It will come with much true Holy Spirit teaching, or we will corrupt it once again. No man will get the glory.

Yes, Jesus is coming to the Church. In 2011, my wife and I were having early morning prayers. One morning after prayer, I was sitting on the living room couch. I went to sleep. In this sleep, I began to see visions. In my vision, I got up from the couch and went to the front door and opened it. As I looked, I saw a very strong wind blowing from the east. It was so strong that the trees outside were bent almost level to the ground. Then a clean rain began to fall. I looked across the street to the east. A man was by a piano waving at me to come. I saw a black vehicle parked between our big oak tree and our house. Also, there was a table. All kinds of food were spread on the table, but the food was covered with a cloth. On each side of the table were oil lamps. The lamps were not lit. Then I woke up.

What is the interpretation? I believe the wind is coming and is even at the door. Wind represents the Holy Spirit. Rain represents refreshing. The black vehicle represents ministry. Black represents the Plain People – the Amish and other Anabaptists from Germany and Switzerland. The food on the table, which is the pure Word of God, will be uncovered and served. This will bring health and healing once again. The lamps will be lit. This is very personal to me. I believe it is also for the corporate body of Christ, wherever God has placed you.

After Peter had failed because he had denied Jesus, Jesus told him to feed the lambs and the sheep, God’s children. Peter was ready and was used mightily after the coming of the Holy Spirit. There will be another outpouring of the Holy Spirit. The gates of hell will not prevail against the rebuilding of the church. Satan has tried to destroy it, but has failed because of the cross. Amen! 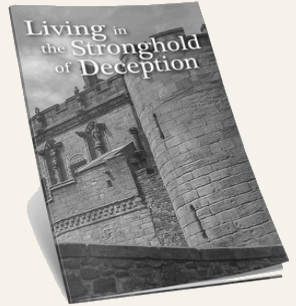 We hope you have been challenged, as well as encouraged, by this eight-part series of Living in the Stronghold of Deception.

You may write or call us for free copies of Living in the Stronghold of Deception, by D. Wickey.

To read other parts of this eight-part series, please click on the links below:

Part 3: Circumcision of the Heart

Part 4: Hearing the Voice of the Lord in Suffering

Part 7: The Unlimited Power of God

Part 8: True Healing of the Church