Is it God’s will for churches to create rules and standards? I wonder if I am incredibly brave for asking this question. Maybe I am incredibly crazy. Or perhaps, I am a little bit of both.

I have actually thought a lot about questions regarding the church and making rules. I finally felt that I should take an honest look and try my best to find the answer. Many of you have encouraged me and blessed me for searching. May we continue to be gracious toward each other, even if our opinions differ!

I think most, if not all, churches have at least some standards. There are always lines in the sand that churches draw and would not cross. For example, many churches would not host a same sex marriage because they have an unnamed, unwritten standard that would not allow it.

I think about another example. Our church has a written bathroom policy (a very recent rule) brought about in our children’s ministry, which involves children and young teens of all ages. Because what we assumed to be normal was challenged, we had to set a new policy. The new policy states that all boys must use the boys room, and all girls must use the girls room. 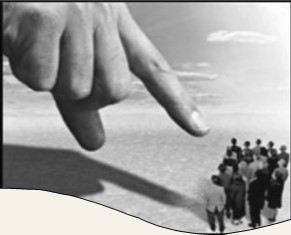 The types of rules that I want to look at today, however, are a little bit different. In my background, everyone was required to adhere to a long list of rules made by the church. In fact, adhering to the rules was the most important part of church life; nothing was stressed as being more important than keeping all the rules. This was sad indeed! Many groups have rules for daily living, but they do not place such a strong amount of importance on them.

What is God’s heart and opinion regarding this matter? In the old covenant, God wrote his rules on tablets of stone. In the new covenant, on the other hand, God said that he wants to write His rules on our heart.

I remember reading in John about Jesus saying that He would go and send the Comforter, which is the Holy Spirit; He is here to guide us into all truth. I began to wonder after reading this passage, “Why do we then have rules to do what the Holy Spirit wants to do?”

Rules are very important in the home. Children need to be trained with rules and see a very clear authority structure with the father in charge along with his helpmate, the mother. Shouldn’t the church be structured in the same way?

The church is called the “flock of God,” “God’s heritage,” and “The Church of God.” Jesus is said to be the head of the church and the Chief Shepherd. Therefore, the church belongs to Christ, and He is the authority over it.

It is important for us to realize that the church belongs to God and not the leaders. Some of us are called to oversee God’s heritage, and we should take this calling very seriously. It is important that we do what God wants and do not take matters into our own hands, for we will give an account one day.

In Acts 15, we read about a church that faced this same issue. The Word of God was being preached to the Gentiles, an act which was formerly off limits. Once Jesus had died and shed His blood for everyone, the Gentiles began to be converted and were added to the church.

At this time, some from within the church got alarmed and said that if people wanted to be a part of the church, they had to keep the law, and they had to be circumcised. If a person refused to do these two things, he could not be saved. This controversy caused quite a stir!

Eventually, the elders and apostles came together to discuss things. In the end, Peter gave a speech declaring that believing Gentiles are purified by faith and are saved the same as other believers. He continued by asking, Now therefore why tempt ye God, to put a yoke upon the neck of the disciples, which neither our fathers nor we were able to bear? (Acts 15:10) Together, the church finally decided on four rules that they felt the Holy Spirit would allow, none of which required being circumcised or keeping the law.

The whole point or lesson we can learn from Acts 15 is that rules are not meant to distract from the finished work that Jesus had accomplished. I believe that today, church leaders should take the same approach and have the same concerns.

Invariably, if we make up a list of rules to keep, the focus will soon be shifted to keeping the rules and will not focus on the complete and finished work of Jesus Christ in our lives. The more rules that are in the church, the higher the chances are that people will feel that they can accomplish merit with God by keeping the rules. Man naturally has this tendency, and before we know it, they are trying to accomplish what has already been accomplished.

Church leaders have a great responsibility to point people toward a relationship with Christ and to let the Holy Spirit guide them. It is not our job to be the Holy Spirit, yet I have seen many times when church leaders wanted to impose rules, not for God’s benefit, but for their own benefit. In fact, one particular leader admitted to his error not long ago and confessed that he was being pressured by his peers.

I could write a lot more to this already lengthy post, but let us not be distracted from the simplicity that is in Christ. The more we add to the simple message of Jesus and His blood, which was shed for the whole world that believes, the more chances increase that the gospel will be distorted.

The apostle Paul wrote: Who also hath made us able ministers of the new testament; not of the letter, but of the spirit: for the letter killeth, but the spirit giveth life. (2 Corinthians 3:6)