WHERE IN THE BIBLE DID GOD GIVE SATAN DOMAIN OVER THE EARTH?

If our answer is to be one of faith, we need to look at relevant verses in the Holy Bible, and then we need to believe those verses. 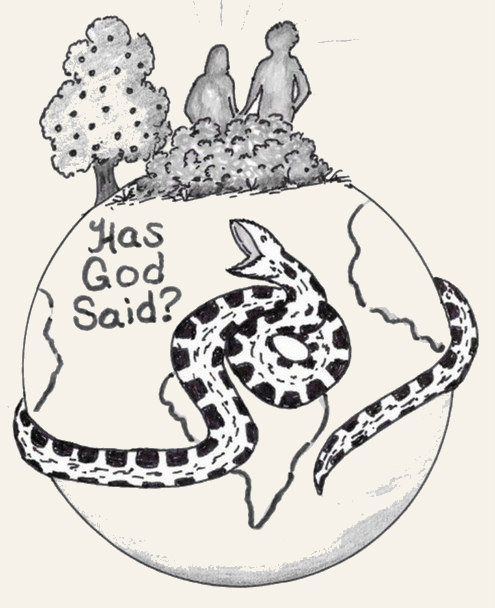 Please pay special attention to the above bolded phrases that demonstrate God’s purpose for man. Why did God place man (Adam) on the Earth? The Bible says that the human race was to be God’s chief creation in the Earth. In other words, God appointed Adam (the first man) to be king of the Earth, and Eve his wife was to be queen of the Earth. Adam and Eve were to be God’s representatives, His rulers, in the Earth; as the angels carried out God’s will in heaven, Adam and Eve were to “have dominion” over the earth, to “subdue [earth],” to “have dominion over every living thing that moveth upon the earth.”

Sometime before God created mankind on Earth, He created spirit creatures (angels) to function in the heavenly places. One of these angelic-like creatures—which is actually called a “cherub” (Ezekiel 28:14,16)—was named “Lucifer” (Isaiah 14:12), and Lucifer wanted to glorify himself instead of the Lord Jesus Christ. Lucifer wanted to be “like the most High” (Isaiah 14:14). He wanted to be “possessor of heaven and earth” (Genesis 14:19, 22), and he desired the praise that the Lord, the Creator, alone deserved. This creature fell into sin, and was re-named “Satan” (Hebrew for “adversary”). Satan became God’s chief enemy (Ezekiel 28:11-19). Once Satan polluted heaven with sin, he moved toward infiltrating the Earth with sin and rebellion against God.

Satan knew that in order to control the Earth, he would first have to take that power from God’s human race. We read in Genesis chapter 3 how Satan deceived the first woman (with Adam voluntarily following his wife into the trap) into believing and following his lie program first begun in the heavens:

“[1] Now the serpent was more subtil than any beast of the field which the Lord God had made. And he said unto the woman, Yea, hath God said, Ye shall not eat of every tree of the garden? [2] And the woman said unto the serpent, We may eat of the fruit of the trees of the garden: [3] But of the fruit of the tree which is in the midst of the garden, God hath said, Ye shall not eat of it, neither shall ye touch it, lest ye die. [4] And the serpent said unto the woman, Ye shall not surely die: [5] For God doth know that in the day ye eat thereof, then your eyes shall be opened, and ye shall be as gods, knowing good and evil. [6] And when the woman saw that the tree was good for food, and that it was pleasant to the eyes, and a tree to be desired to make one wise, she took of the fruit thereof, and did eat, and gave also unto her husband with her; and he did eat. [7] And the eyes of them both were opened, and they knew that they were naked; and they sewed fig leaves together, and made themselves aprons.”

It was in Genesis chapter 3 that Adam surrendered his crown to Satan; Satan gladly assumed dominion over the Earth in Genesis chapter 3. Romans 5:12 continues, “Wherefore, as by one man sin entered into the world, and death by sin; and so death passed upon all men, for that all have sinned….” Satan’s policy of evil succeeded in involving Earth: Adam willfully gave up his divinely-ordained earthly dominion. So, God gave man the dominion over the Earth; when man willfully sided with Satan, man became controlled by Satan and sin, and through fallen man, Satan gained power over the Earth. Consequently, Satan dominates the world’s political, religious, social, economic, and educational systems. Hence, the Bible talks about “this present evil world” (Galatians 1:4). Satan is called “the god [or ruler] of this world” (2 Corinthians 4:4). The Bible says in 1 John 5:19, “And we know that we are of God, and the whole world lieth in wickedness.” Ephesians 2:2 speaks of the evil “course of this world.” 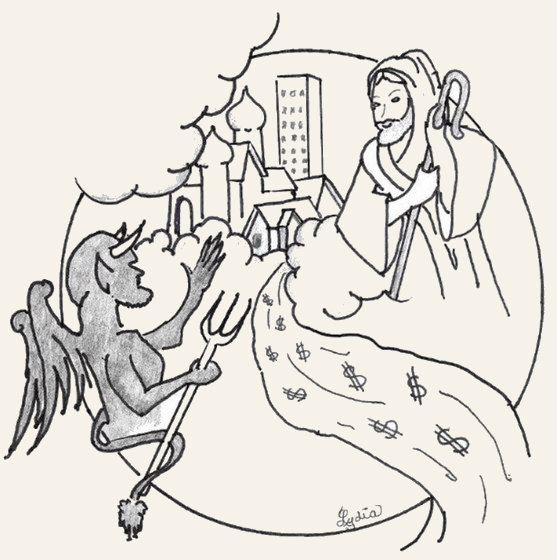 We need to notice what Satan told Jesus during His temptations. The Bible relays the narrative in Matthew 4:8-9: “[8] Again, the devil taketh him up into an exceeding high mountain, and sheweth him all the kingdoms of the world, and the glory of them; [9] And saith unto him, All these things will I give thee, if thou wilt fall down and worship me.” Luke 4:5-7 is the comparative passage: “[5] And the devil, taking him up into an high mountain, shewed unto him all the kingdoms of the world in a moment of time. [6] And the devil said unto him, All this power will I give thee, and the glory of them: for that is delivered unto me; and to whomsoever I will I give it. [7] If thou therefore wilt worship me, all shall be thine.”

Did you notice how Satan offered to give the world’s kingdoms to Jesus? The Lord Jesus, knowing full well that Satan had dominion over the Earth, never argued with him. He knew that Satan was controlling this world system, and that the only way to restore the world system to God was not to bow down to and worship Satan, but to die for man’s sins. In hindsight, we see how the shed blood of Jesus Christ on Calvary is now the means whereby God will restore heaven and earth to Himself (more on this later).

Satan is currently usurping God’s authority in the Earth. Hence, Jesus Christ said in John 18:36: “Jesus answered, My kingdom is not of this world: if my kingdom were of this world, then would my servants fight, that I should not be delivered to the Jews: but now is my kingdom not from hence.” Jesus’ kingdom was “not of this world” in the sense that His kingdom was one from God rather than one from Satan. The Lord Jesus’ kingdom would not originate from the evil world system that is presently operating on Earth and in the heavens.

Colossians 1:16-20 tells us the good news: “[16] For by him [the Lord Jesus Christ] were all things created, that are in heaven, and that are in earth, visible and invisible, whether they be thrones, or dominions, or principalities, or powers: all things were created by him, and for him: [17] And he is before all things, and by him all things consist. [18] And he is the head of the body, the church: who is the beginning, the firstborn from the dead; that in all things he might have the preeminence. [19] For it pleased the Father that in him should all fulness dwell; [20] And, having made peace through the blood of his cross, by him to reconcile all things unto himself; by him, I say, whether they be things in earth, or things in heaven.” (God will give the heavens to us, the Church—the Body of Christ [2 Corinthians 5:1; Ephesians 1:3,20-23; Ephesians 2:6-7; Colossians 3:1-2; 2 Timothy 4:18]—currently, Satan has polluted the heavens [Job 15:15; Ephesians 2:2; Ephesians 6:12]. He will give the earth over to redeemed Israel [Psalm 37:11; Matthew 5:5; Revelation 5:10]—remember, currently, Satan has polluted Earth). 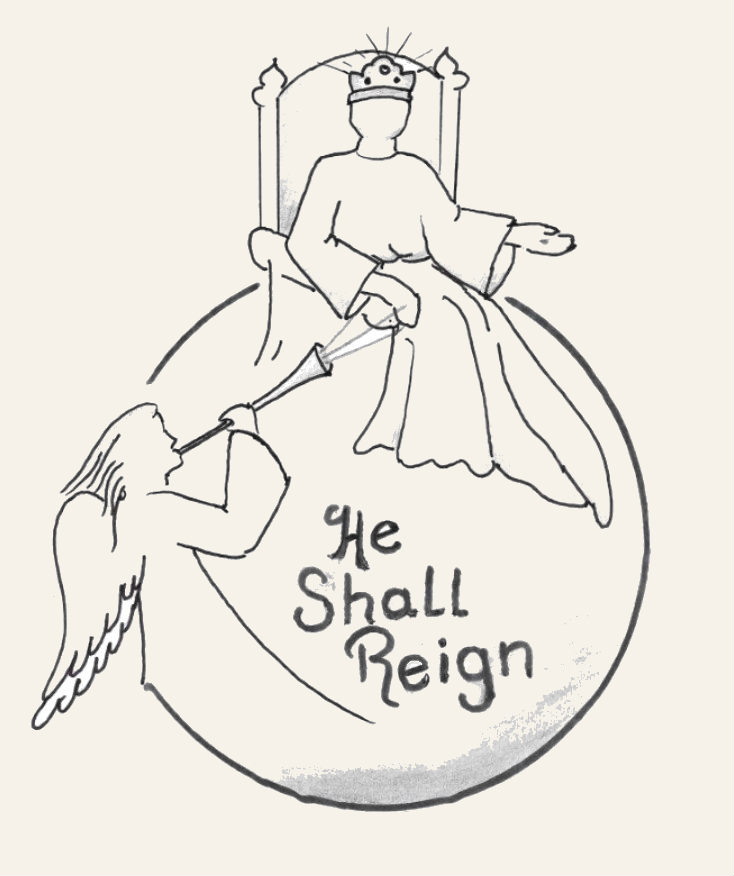 Thankfully, one day, God will remove Satan from the Earth. The Bible says that when Jesus Christ will return at His Second Coming, He will bind all evil spirits (Zechariah 13:1-2). He will then usher in His 1000-year reign on the planet, Israel’s earthly kingdom, the kingdom He originally wanted to establish with Adam (when God Himself, Jesus Christ, dwells with man on the Earth). According to Revelation 20:1-10, Satan will be bound in the bottomless pit during that millennium, and then released to tempt the new generations of people born. Once that is accomplished, God will rain fire down from heaven to consume Satan and his minions, confining them forever in the lake of fire and brimstone!

“And the seventh angel sounded; and there were great voices in heaven, saying, The kingdoms of this world are become the kingdoms of our Lord, and of his Christ; and he shall reign for ever and ever” (Revelation 11:15). The best is yet to come, and in the end, Jesus Christ will not have to worship Satan to get Earth’s kingdoms!

—Shawn Brasseaux, For What Saith the Scriptures Ministry

This article was published with permission from the Author. To learn more about Shawn Brasseaux and visit his site, please click here.