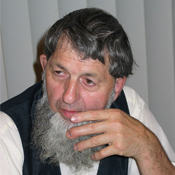 Say not ye, There are yet four months, and then cometh harvest? behold, I say unto you, Lift up your eyes, and look on the fields; for they are white already to harvest. John 4:35.

The key to understanding this verse is in understanding how and where Jesus made this statement. Jesus said this at the beginning of His own ministry. He spoke with a woman of questionable character and brought reconciliation to the despised Samaritans, whom the Jews hated and shunned. Also, when He called His followers, He did not go to Jerusalem to seek Jewish leaders, but He called some itinerant fishermen of Galilee, who willingly followed him.

Likewise, in the great coming harvest, He will be calling forth an untold multitude that He has been grooming in the wilderness. These unknown men and women, coming from the most unlikely places, will go into the fields boldly, bringing in the harvest.

In the past 70 years, a great number of powerful men and women of God arose out of the western church and laid the groundwork for this coming harvest. Among them were men like John R. Rice and Dr. Jack Hyles, men of renown among the Baptist movements.

As this great harvest comes into view, it will be known for the deep trenches trodden by an unknown remnant of God's hidden army, an underground army groomed to face death without wavering. They know what is coming: either death to self or death to the body. These people will never flinch, waver, back down, or fear any attacks against them. Their banner and foundation is Jesus Christ, the crucified. Nothing will shake or move them. A great number of these are unknown to the public. Their work is behind the scenes. Their presence must be searched out if we are to find them or walk alongside them. This is rarely done, because the average Christian tends to shy away from the deep trenches these men trod.

These men and women are like the woman at the well, coming out of all walks of life and from the most unlikely places. Among these are a rising number of Anabaptists. They are re-digging the wells of their shining inheritance, paying the price of discipleship, and making disciples of all nations. Another long lost people group coming out of the wilderness and taking their place in the Kingdom are the Native Americans. If we knew their status in the Kingdom, we would quickly repent and align with them.

Many ministries of the past have come and gone. The reasons are many and varied. Without doubt, however, some were unable to recognize their pride. They rose from humble and unknown beginnings to a much higher status, where they began overlooking the lesser and often uncomely vessels that the Lord was grooming for the great harvest and the coming Kingdom. Large ministries would do well to open themselves up to and embrace what western Christianity generally shuns.

A final reminder from John 4:35, the harvest began with Jesus, who sought out the lost, forsaken, and rejected remnant. When given the opportunity, they wrought great exploits, taking the gospel to the nations with untold power. We would do well to come alongside the hidden vessels of today.