How do the Amish choose their ministers and bishops? 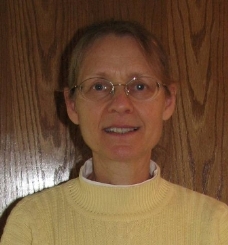 Have you ever wondered how the Amish choose their spiritual leaders? First Peter 5:2 says that an elder should serve willingly, not by compulsion. This verse spurred me to ask a few more questions about their procedure, since I have never known them to be willing to serve as deacon, minister, or bishop.

Spiritual leaders are chosen when needed and only during a communion service, which occurs twice a year. The bishop and/or ministers go into a side room to listen as each member walks up to the door, one by one, to whisper the name of their nominee. They tally up the numbers and call for those who have received three or more votes to come sit in a row in front of the congregation. Meanwhile, the bishop picks up as many hymnbooks as there are nominees and slips a piece of paper with a verse written on it into one of the hymnbooks. He shuffles the books into a different order before each nominee comes forward to pick up one of these hymnbooks. One by one, they open the hymnbooks until the paper is discovered, and the one holding it is the chosen leader.

I have been told that no one really wants to be chosen as a spiritual leader. The thought of having to stand before the others and expound on the scriptures is terrifying to them. It is a time-demanding job -- preparing sermons and counseling those who are out of line with the rules. (Confronting each other is not their forte.) It also puts pressure on them, as they do not want to appear more prideful or spiritual than the others, however, they are expected to be a spiritual example. They see leadership as something to dread.

Ordination, as they call it, is a very tense and emotional time. As the nominees sit before the others opening their hymnbooks one by one, there is a definite gesture of relief on their faces and in their postures when they don't find the piece of paper in their book. Yet, for the rest of them, heads sink lower and lower until the paper is revealed. Some are too proud to show their emotion -- their heads are held high, but their faces are as white as sheets until their turn is past.

Upon finding the piece of paper in his open book, the chosen one begins to weep! In extreme cases, they wail like babies. Even if they don't show the emotion, their eyes are filled with tears. It is such a blow to them; no one wants to be chosen. Even their wives are grieved and are found with their heads in their laps weeping. The other women rush to console them with platitudes such as, "It is God's will. It has to be. You'll get through it."

I have heard that it is not unlike a funeral. When one starts weeping, all the others weep with him. This all takes place at the end of the communion service, so it ends late in the afternoon. They all go home to do chores but return to spend the evening consoling and encouraging the new leader at his home, trying to get his mind off the hugh responsibility that lays before him. It is a very solemn evening.

His second responsibility will be to give the opening sermon at the following church service. (Their order of service goes something like this: an hour or more of hymn singing - the first one always being the same one; then, one of the leaders speaks on the first appointed scripture passage for about one half hour; he then reads the scripture aloud while all stand facing their benches, after which he reads a prayer while all kneel; finally, another leader speaks on the second appointed passage for an hour - followed by the second reading of scripture and prayer. If there is any business to take care of, they do it at the end of the service.)

The third responsibility is to give the hour-long second sermon at yet the next service. I have observed a new leader delivering his first sermon; it was painful. He stood stiffly against the wall, eyes above the congregation, face red as a beet and beaded with perspiration. It seemed he uttered many "uh's" throughout his talk, for it must be memorized in high German. Others have been known for hardly saying a word during their first sermon, giving the excuse that they do not want to take away from the next guy's sermon. Most do a lot of foot shuffling, head hanging, and nose wiping.

The fourth responsibility is take a minor part in a communion service (an all day affair). He is then allowed one and a half years to prepare the final requirement of conducting a whole communion service before being included in the regular schedule of preaching. The communion sermon consists of telling the stories of the Old Testament through to the passion of Christ in chronological order - with little application. It is the same sermon year after year after year. I have noticed that the Amish put heavy emphasis on having a set of Bible story books in their home, but not much Bible reading is done.

If there is a need for a new bishop (the old one dies or moves away), they will choose one from the existing ministers, but only after each has fulfilled all the requirements. If they do not have enough ministers to choose between (at least three), they will have to go through the whole process of choosing another minister before choosing a bishop.

What about this "being willing" part of becoming an elder? How do they get around this verse? Well, as nominees, they are admonished to accept the role as leader willingly and not stubbornly, but I have never yet heard of one wanting to be chosen, let alone desiring the gift of a bishop as stated in 1Timothy 3:1. I am sure there are some that desire it, but more often than not, they see it as "being led to the slaughterhouse" - to put it in their own words.

In July, a new minister was chosen in this area. The man's wife had been having trouble with demonic nightmares for some time, which they had been keeping secret, but the stress of his new position only escalated the demonic activity. Not knowing how to find relief, they traveled to another state to get help from some Amish that are "knowledgeable" in this area. I am praying for an opportunity to talk to her - hoping she will be open about it.