Separation From The World (Part 1) 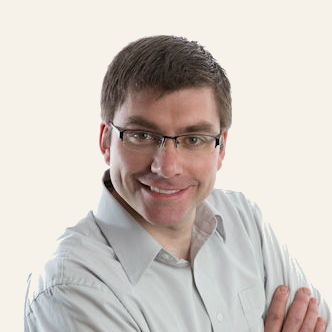 Having a plain background myself, I tend to spend a fair amount of time studying the ways of the plain Amish and Mennonites. One of the primary definitive cultural beliefs maintained by the plain people surrounds separation from the world. In fact, while studying our rich culture, I discovered that if you look past that one particular belief, the average plain person isn't different from any other person alive.

Because adherence to separation from the world is central to the Amish and Mennonite religion, my studying involves asking a lot of ‘why' and ‘what' questions to learn more: "Why do plain people shun contact with the world?" "What does the average plain person believe defines ‘the world?'" "Why does the plain community think separation from the world is so central to God's commandments?" And so on...

In this column I'm going to share some of the information I gleaned from my studies. This isn't meant to be an all-inclusive study of the plain people; rather it's a study of how and why these plain people cling so hard to their long held and most important tradition of separation from the world.

In order to establish a foundation for this study, we'll briefly need to revisit the roots of our ancestors. It's important to note that a lot of the current Amish traditions are actually a continuance to Jakob Ammann's core beliefs, and if it were not for Mr. Ammann, we'd likely not have a modern day Amish denomination.

In 1693, Jakob Ammann took issue with Swiss Mennonite leaders Hans Reist and Benedict Schneider over what he saw as a lack of overall discipline in the Swiss Brethren congregations. This lack of discipline was exemplified by the lapse of the ban (or meidung) against those who violated ethical rules after being baptized into the Church. The disagreement over the practice caused a rift between him and Hans Reist; which resulted in Ammann's congregation splitting from the Swiss Brethren. Those who followed Jakob Ammann became known as the Amish.

Highly influenced by Dutch Mennonite beliefs, Ammann insisted on the implementation of the 1632 Mennonite Dortrecht Confession of Faith. He rejected modern clothing and established strict regulations concerning apparel. He increased communion from once to twice per year; and instituted the practice of feet washing in connection with communion; which was not practiced by the Swiss Mennonites.

Later, Ammann regretted the schism and made several attempts to reunify his group with the Mennonites. To show his regret for the disunity he had caused, Ammann offered to ban himself from his own congregation. However, despite his own admissions of being rash and overzealous, he would not give up the belief of strict shunning.

Amish lifestyle today is dictated by the Ordnung, which differs slightly from community to community, and, within a community, from district to district. What is acceptable in one community may not be acceptable in another. Groups may separate over matters such as the width of a hat-brim, the color of buggies, or various other issues. These rules tend to be put in place as some new thing comes into the world, or when some disunity crops up, resulting in a new rule in an attempt to solve the problem.

Today there are hundreds of thousands of Amish living in America and across the world. Scattered as they are, each group maintains a uniform desire to be separate from the world in order to fulfill their interpretation of the Bible. Interestingly, the world has an intense interest in the plain lifestyle, believing it to be peaceful and idyllic due to the perceived slow pace of life. This is only logical when you think about it, however, since everyone that doesn't know Christ is going to have an empty heart which can only be filled with peace and fulfillment by Christ Himself. It is our belief that these various groups of Amish and Mennonite people could yet bring about a great revival among all unbelievers. Because the world is watching the plain people, this could all come about as these plain people start openly confessing Christ as their Savior.

In order to fully understand separation from the world, we'll need to define the word ‘world'. It's important to note that the Amish and Mennonite definition of the ‘world' is relative to their surroundings. For example, a plain person living in the United States would classify as ‘worldly' anyone whom acts and dresses as an unbeliever does here in the United States. In another country, the plain person's lifestyle would need to change in order to remain separate from the ‘world' situation in that particular country.

The Amish Ordnung maintains that all clothing should be plain and dark colored, whereas Mennonites are ok with clothing with a pattern if it is small and not very obvious. Essentially, what has happened is that the plain people have established a dress code according to their own standards. This becomes obvious when you consider the fact that if God would have ordained a particular dress standard, Christ would certainly have been our model. It's most interesting to note that an Orthodox Jew male clothes himself very similarly to a plain Amish or Mennonite man, for many of the same reasons. This is a strange similarity considering that orthodox Jews do not profess Christ, rather loving their own ‘righteousness'.

Fortunately, we all, including plain people, have many scriptures which clarifies the true purpose of the scriptures, including John 5:39 (Search the scriptures; for in them ye think ye have eternal life: and they are they which testify of Me.) Which is to say "they [the scriptures] testify of Christ," meaning that scripture itself leads us to Christ instead of being a book of law which we need to fulfill ourselves. The Jews in this situation were blind to Christ, instead leaning on the scriptures as their method of attaining salvation. Similarly, Galatians 3:24 tells us Wherefore the law was our schoolmaster to bring us unto Christ, that we might be justified by faith. We have a clear verse here which tells us that the Bible isn't a book of law which we must follow, but that the law was put in place to lead us to Christ, who is the fulfillment of the law by His own admission.

This Ordnung regarding clothing then is a very slippery slope. For it is true that as a Christian, it behooves us to deny the flesh and the lusts thereof. No mature Christian, I daresay, will entertain the idea of wearing clothing that tempts the viewer thereof. Instituting a set of rules has to be very tempting for the leaders of the plain churches, as they truly feel responsible for their congregations and the natural man (without the Holy Spirit) and without constraint is like a loose cannon and surely will get into much trouble.

Please join me in my next article as we continue down this path of learning more about our plain background and the deep seated roots guiding plain groups today. We'll look into more of the rules of the Ordnung, which institutes separation from the world, and dig down even deeper to take us all back to the Holy Bible, where we can learn so much of Christ's will for our lives. Christ truly is the perfect vine, and we are told that as His life flows through us as branches, we will bear the most beautiful fruit. Praise Him!