Hitting The Nail On The Head Or Smashing The Thumb? 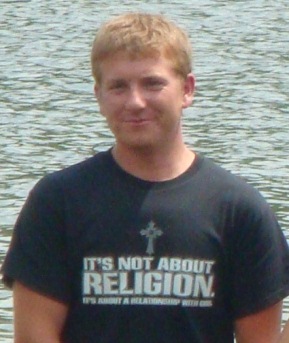 I have three good friends who left the Amish several years ago. All are brothers. Just recently, I found out that one of them was killed in a tragic accident. I was very saddened, because I didn't know if he had received eternal life or not. That's not for me to judge, but I was even more saddened when I heard how his parents handled the situation.

The surviving brothers had decided to divide his belongings amongst themselves: car, truck, power tools, etc. But no, the parents decided they would just take everything for themselves. If I recall correctly, their exact words were "We don't want his things; we just don't want you to have them". Their reason was, they didn't want to encourage the two brothers to stay out there (in the world) by letting them have the belongings. Little did they realize that they did far more damage than good. The brothers were furious! I found out later they said they are never going back now for sure. How sad!

That got me to thinking: the parents used a time of tragedy to try and get their lost sons to come back home. But did they hit the nail on the head and drive it home to where the brothers would have a longing to come back home, or did they smash their thumbs and cause them to scream in pain, (so to speak)? I personally believe they smashed the thumbs. There is a fine line between calling the lost ones home with love and true heartfelt concern for their salvation, and trying to force them into behaving.

First, we must consider the circumstances.

The brothers left the Amish, and probably ninety percent of the ones who leave, go because of rebellion. They already can't stand the rules, so force is not going to work. If we have loved ones that have left or are lost, let's try leading them, and not shoving them around. Let's be a light to them by letting Christ within us shine. Let's live a life that would put a desire in their hearts to also have that peace and joy. Maybe we can shine if we put the Lord first in our lives by praying to Him constantly and asking Him for help. He is the one that can lead them back home if that's His plan for them. Remember, as far as the heaven is above the earth, so much higher are His ways than ours.

We can't do it by force or by using our rules to convict them.

No man can come to me, except the Father which hath sent me draw him...

So why do we even try to do it on our own, trying to force our conviction onto them? They need to know they're loved and that we care for them.

Ephesians 4:31- 32 says: "Let all bitterness, and wrath, and anger, and clamor, and evil speaking be put away from you, with all malice. And be ye kind to one another, tenderhearted, forgiving one another, even as God, for Christ's sake, has forgiven us."

Though the two brothers' bitterness towards the Amish seems wrong and uncalled for, is there a reason for it? Do we still have the true love of God in our hearts for each other? There is a kind of love that only comes from our Lord; not from man. I would also like to ask you this question: would you rather have your loved ones come back Amish for you and the church's sake, or would you rather see your loved ones receive Christ into their hearts and live for Him? For once they live for the Lord, then He will convict them of what is right and what is wrong. If and when they come back, it will be their desire to do so for the Lord. I believe the conviction they will receive from the Lord will be much stronger, and will plant them on much firmer ground, than any man-made conviction.

So I (in my own weakness), would beseech you to pray earnestly for their salvation, love them unconditionally, and put all of your trust in the Lord that He will direct them to the right path. He is the one, and the only one, that can change their hearts, as He is doing every day, in many people's lives.

He can do the same for you. Be patient. May the peace and love of the Lord be within you always. God bless.